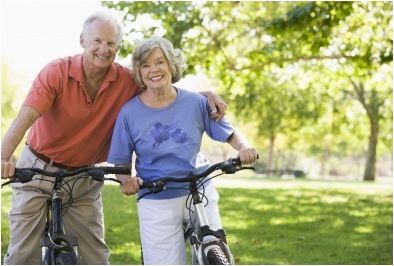 As most American baby boomers appreciate yet another New Year’s celebration on planet Earth, resolving to become more vigilant of our urinary health in 2013 makes perfect sense, and far as New Year’s resolutions go.

Unfortunately, we spend too many of our younger years ignoring things like urinary health, and as we get older the repercussions of our folly begin to catch up. So it actually does take a commitment on the part of people in their 50s and older to try to make up for the decades of feeling immortal for which we are paying today – but better late than never.

In January 2013, resolve to improve your urinary health by adopting the following practices:

1. Quench your thirst with water, and plenty of it. Kidney stones are more likely to wreak havoc on one’s well-being in our later years, but something as simple as drinking plenty of water daily is a common-sense preventative measure against not only kidney stones, but urinary tract infections too. Researchers have found that drinking too little water or fluids can lead to chemical saturation in the urine, and this is the culprit from which kidney stones form. Stepping up our water consumption not only dilutes the concentration of chemicals in the urine, it acts to flush bacteria and avoid infection.

2. Kegels, aren’t just for women. Both men and women experience urinary incontinence as we age. Women learn during pregnancy of the value of performing Kegel exercises to strengthen the pelvic muscles, making them more efficient when it comes to holding in urine, but men don’t learn about Kegels until their 50s or later. Kegels involve consciously contracting the pelvic muscles, to  help to tighten them and to strengthen the pelvic floor. Both men and women will benefit from Kegels.

3. You’re still smoking? Cut it out! Risk of bladder, kidney and prostate cancer rises  exponentially for smokers. In fact, the risk of dying from any one of these forms of cancer doubles for cigarette smokers. Recent research has found that smokers who contract prostate cancer are more apt to suffer a recurrence, and have much lower chance of survival than do nonsmokers.

4. Self-examination: For men, scrotal self-examinations are recommended one a month to detect masses. A scrotal mass is basically a lump that can be felt developing under the skin that may indicate inflammation, an enlarged vein, or a cancerous or non-cancerous growth. Monthly self-examinations are one of the best measures for early detection, and the earlier a mass is detected, the better chance for recovery.

5. Use pain medication sparingly: Many people are not aware of this fact, but use of pain medications – both the over-the-counter variety and prescription – has been found to increase the risk of kidney cancer. In a 2011 study, medical researchers discovered that routine use of non-aspirin anti-inflammatory pain medication raised the likelihood of kidney cancer in both men and women by more than 50 percent.

6. Regular PSA screening for men: Past age 50, every man should have an annual PSA (prostate-specific antigen) screening, a blood test to measure protein levels produced by prostate cells. Men have a 35 percent greater risk of being diagnosed with prostate cancer than a woman has of being diagnosed with  breast cancer. When detected early, prostate cancer is nearly 100 percent treatable.

Growing older doesn’t have to be an ongoing challenge as far as our health is concerned, if we commit to doing the best we can to remain healthy. Looking after our urinary health is easy, inexpensive, and something over which we have complete control. Make your 2013 New Year’s Resolution a commitment to a future of urinary health. You won’t regret it.