Coping With and Overcoming Infertility 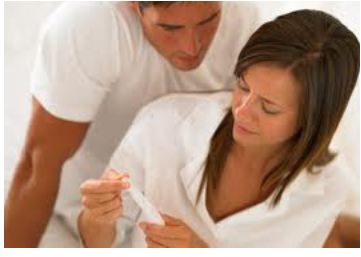 For a couple planning to begin or add to their family, coming up without a desired pregnancy month after month can be confusing, especially when they’re young, healthy, and have no obvious conditions preventing conception. Confusion can turn to despair when months turn to years and still no pregnancy occurs. One thing we do know about infertility is that it can be caused by a wide range of physical and emotional factors. It can also be a due to a physical problem with the man, the woman, or both.

Infertility can have a major emotional impact on a couple. It can trigger depression, anxiety, and can even drive an emotional wedge between husband and wife. It is important to recognize and discuss the emotional impact that infertility may be having on your partner, and to seek medical advice from your physician as early as possible.

Maintaining a healthy diet, weight, and lifestyle may increase your chances for getting pregnant and having a healthy pregnancy. But if you find you are unable to conceive after a year of actively trying, consult your physician about your next step. Couples over 30 may not want to wait a year, as the likelihood of more serious fertility issues increases after 30.

Female infertility can occur under many circumstances, including:

Male infertility may be caused by a number of problems, including:

Healthy couples under age 30 who have sex regularly have a 25 to 30 percent chance of getting pregnant each month. A woman’s peak fertility occurs in her early 30s, and begins to diminish after age 35. The chances of conceiving drops dramatically in her 40s.

Women under 30 should try to become pregnant without medical intervention for at least one year before consulting with an infertility specialist. After 30, infertility testing can begin sooner. Expect to undergo a complete medical history and physical examination for both partners.

Your infertility specialist will request blood and imaging tests, which for women may include:

Treatment for infertility depends on the cause determined by testing and may involve:

Couples can increase their chances of becoming pregnant each month by having intercourse during the three days before and during ovulation. Sperm can live inside a woman’s body for at least three days. However, a woman’s egg has a short survival window – only a few hours once it is released from the ovary – for fertilization to occur. Ovulation generally occurs about two weeks before the menstrual cycle begins, and this cycle should be used to determine your most fertile time. If a woman’s menstrual cycle is 28 days, the couple should plan to have intercourse at least every three days between the 10th and 18th day after the period starts.

One in 5 couples diagnosed with infertility problems eventually become pregnant without medical intervention.

More than half of infertile couples become pregnant after preliminary treatments. Advanced techniques such as in-vitro fertilization (IVF) are not necessary for these couples.