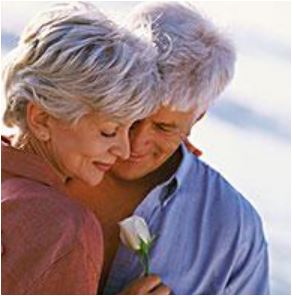 Peyronie’s disease, which effects mostly middle aged men, is caused by scar tissue (plaque) which forms along the length of the penis in the corpora Cavernos. The Corpora Cavernosa consists of three expandable erectile tissues that run along the length of the penis and fill with blood during an erection. The plaque is not visible, and depending on the severity of the condition, the plaque can cause the penis to bend, making sexual intercourse difficult and occasionally painful.

There is no clear cut cause of Peyronie’s disease. Researchers have connected the condition to trauma (hitting or bending the penis) that causes localized bleeding inside the penis. The injury may not be noticeable. Other cases in which Peyronie’s develops over time may be genetically linked, researchers believe, as some cases show a tendency to occur in men who are related. It may be caused by a combination of both factors.

What Are the Symptoms of Peyronie’s Disease?

Symptoms may develop slowly or appear overnight. When the penis is soft, a problem is not noticeable. However, in severe cases the hardened plaque reduces flexibility, causing pain and forcing the penis to bend or arc during an erection. For most sufferers, the pain will decrease over time but the bend of the penis can continue to be problematic. Milder forms of Peyronie’s, have actually resolved spontaneously without causing significant pain or permanent bending. Peyronie’s is known to resolve on its own five to 19 percent of the time.

Some men with Peyronie’s disease will also develop scar tissue elsewhere in the body, such as on hands or feet.

How Is Peyronie’s Disease Diagnosed?

Your physician will ask about any circumstances that may have occurred prior to the symptoms surfacing. Upon examination, your physician will be able to feel the hardened tissue caused by the disease although it is sometimes necessary to do the exam with the penis erect. In cases where the doctor’s exam does not confirm Peyronie’s disease, or in cases where the condition develops rapidly, your doctor may perform biopsy, which involves removing tissue from the affected area for exam in a lab.

Can Peyronie’s Disease Be Treated?

Peyronie’s can be treated with surgery or medical treatment, but doctors often caution patients to wait for one to two years (or longer) to see if the condition self corrects. Mild cases of Peyronie’s rarely require treatment. Pain associated with Peyronie’s disease occurs only with an erection and is usually mild. If intercourse is satisfactory, no treatment may be needed.

The two most common surgeries used to treat Peyronie’s disease include:

Unfortunately, neither surgery guarantees a result of normal penis function; the first surgery can result in partial loss of erectile function, particularly rigidity. The second method, known as the Nesbit procedure, can result in a shortening of the erect penis.

A third surgery for Peyronie’s disease involves a penile prosthesis implantation, and is a treatment reserved for men who have both Peyronie’s disease and significant erectile dysfunction, resulting in an inability to obtain or maintain an erection and perform intercourse.

Most types of surgery for Peyronie’s have positive outcomes, but because complications can occur, and because many of the complications associated with Peyronie’s disease (for example, shortening of the penis) cannot be corrected, most doctors prefer to perform surgery only on the small number of men with curvature so severe that it prevents sexual intercourse.

Some studies suggest that vitamin E improves Peyronie’s disease. Similar studies have been done on para-aminobenzoate – a substance related to B-complex vitamins – but the results have been inconclusive. Both of these substances theoretically decrease or inhibit scar tissue (plaque) formation.

Since the severity of the condition varies from person to person, talk to your doctor about what treatment strategy is right for you.

In the majority of men with penile pain due to Peyronie’s disease, the discomfort usually will resolve on its own as the penile injury heals and matures over time. This process may take as long as six to 18 months. In certain instances, the calcium channel blockers Calan or Isoptin may be effective in decreasing the pain related to Peyronie’s disease when injected directly into the penile scar or plaque.

What Is the Outlook for Peyronie’s Disease?

Peyronie’s disease appears to be a self-limiting disorder; pain usually goes away over time, plaque formation ceases and the erection deformity will stabilize.  Luckily, a majority of men with Peyronie’s disease are able to have sexual intercourse and mutual enjoyment with their partner.