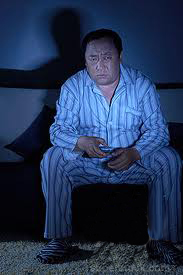 One of the more annoying physical issues we face as we age is nocturia, a condition that has sufferers waking up two or more times during the night to urinate.

The causes of nocturia are often gender-specific; for men, it can be a symptom of an enlarged prostate, which causes the flow of urine from the bladder to be blocked. A man suffering from this condition may not be fully emptying his bladder during the day. This can leave him with a partially full bladder when he goes to bed at night, which will trigger the wake-up call to the bathroom.

It is important for anyone suffering from nocturia to understand its causes, and have a physician diagnose and treat the symptoms as soon as they begin to occur as possible. Quite often, if nocturia is a symptom of an enlarged prostate that can be treated with medication, the urgency to urinate at night can be reduced or eliminated.

In women, nocturia can be a consequence of childbirth or pelvic organ prolapse, or it can be linked to menopause.

Sometimes nocturia can be a symptom of a larger medical issue that interferes with normal body functions during sleep. If the cause can be traced, in part or in whole, to sleep disorders like sleep apnea or restless leg syndrome, each problem should be taken up with a physician and treated individually.

If you suffer from nocturia that involves production of urine at night in excessive volumes, additional causes may need to be considered and identified or ruled out, including diabetes, heart disease or congestive heart failure, high blood pressure, or vascular disease including varicose veins or swelling caused by fluid accumulation in the lower extremities.

Nocturia can also be related to a bladder obstruction, a bladder infection or recurrent urinary tract infection, bladder inflammation, interstitial cystitis, a bladder malignancy, or a benign prostatic hyperplasia (in men), which is a non-cancerous overgrowth of the prostate that obstructs the flow of urine.

It is very important to see your physician if you are waking up more than once during the night with the urgency to urinate. Some steps you might want to take on your own include:

Despite the fact that it is quite common in adults over 50, nocturia is poorly reported to health care practitioners, and largely misunderstood.

Even though many people awaken at night to urinate, medical literature on nocturia is thin and physicians often overlook it as a possible cause or symptom of other conditions that result in loss of sleep. Patients often withhold telling their doctors about their symptoms of nocturia until it becomes unbearable, or their quality of life becomes compromised because of it.

Nocturia can contribute to fatigue, depression, memory loss, gastrointestinal disorders, and it can lead to a middle-of-the-night fall that results in injury to a person trying to get to the bathroom. The first step is to have your doctor identify the cause of your nocturia and treating it appropriately.

There is no avoiding the physical issues that are part of the natural aging process. However, everyone deserves to have the best quality of life possible. Your doctor can help curb or eliminate your symptoms of nocturia, but not until you tell him or her that you’re having a problem. If your initial attempts at self-management don’t help, make an appointment with your doctor and get the diagnosis and medical intervention you need to control your nocturia.